The History of Carbon Ceramic Rotors 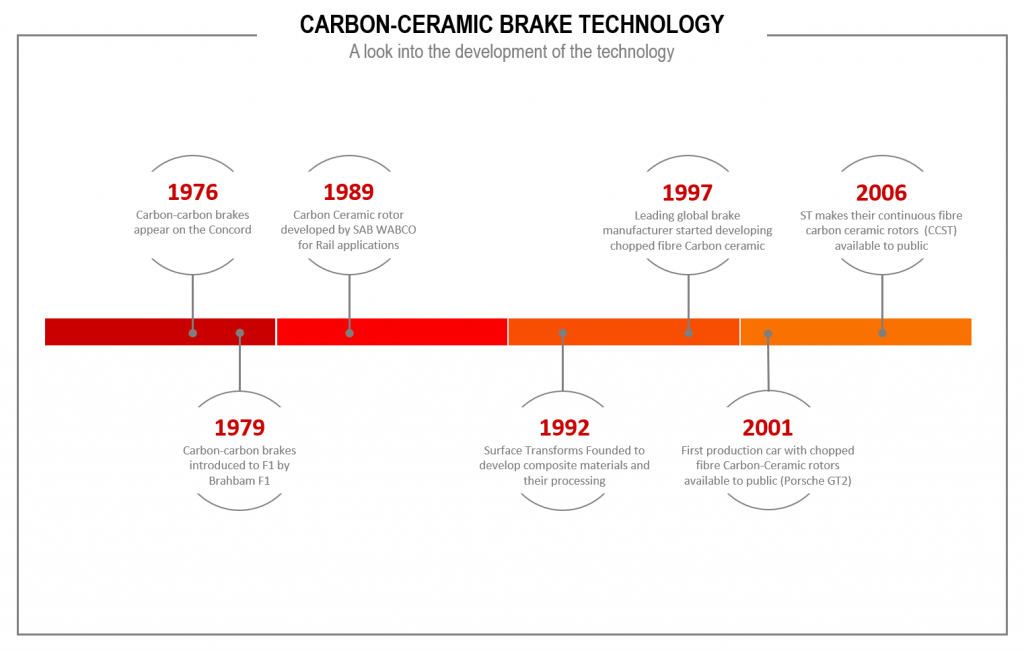 Carbon Ceramic rotors are widely known to be the brake rotors of choice for the street-fairing super-car and hyper-car. It’s fairly easy to see why considering the rotors have significantly lower weight than traditional iron rotors (up to 70%) and virtually no brake fade.

The history of carbon ceramic rotors begins in aerospace. Carbon-Carbon composites (or carbon-fibre reinforced carbon matrix composites) were initially developed to be used as heat shields on spacecraft. The technology was later adapted to other applications because of its success. 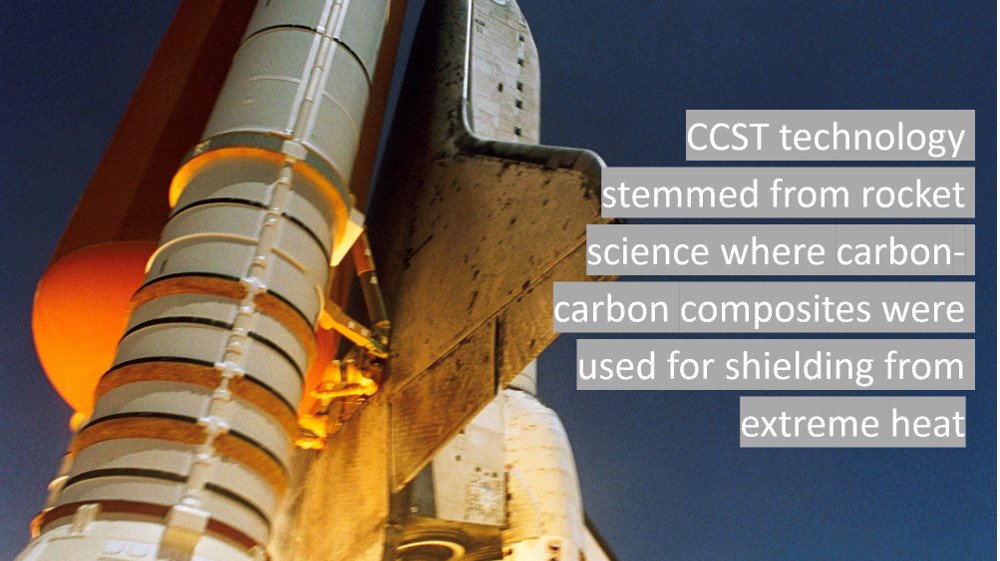 Engineers saw the benefits of lightweight, high-friction, high-performance Carbon-Carbon composites in brake applications and therefore adapted the material for that purpose. It was used on the Concord in the 1970s and from there the technology was later adapted for automotive racing in Formula 1. By 1979, the race team Brabham F1 had successfully adapted the technology to Formula 1 racing and thereby ushered in a new form of high-powered braking.

However, there was a drawback to Carbon-Carbon rotor systems when being considered for street use. Apart from being incredibly expensive, carbon-carbon brakes don’t work when cold or wet and therefore cannot be used on the road safely. The carbon matrix also oxidizes at high temperatures which essentially means that the lifetime you can expect from these brakes are relatively short. This isn’t an issue for Formula 1 races since teams would typically run through a few rotors in a season. However, it does become an issue with street cars since no one would like to switch rotors every season!

Due to the technology’s high-costs and short lifetimes, it was rather inconvenient for commercialization. Over the span of a few decades, extensive research was conducted to figure out ways of extending the lifetime of carbon-reinforced rotors and making the technology more affordable. 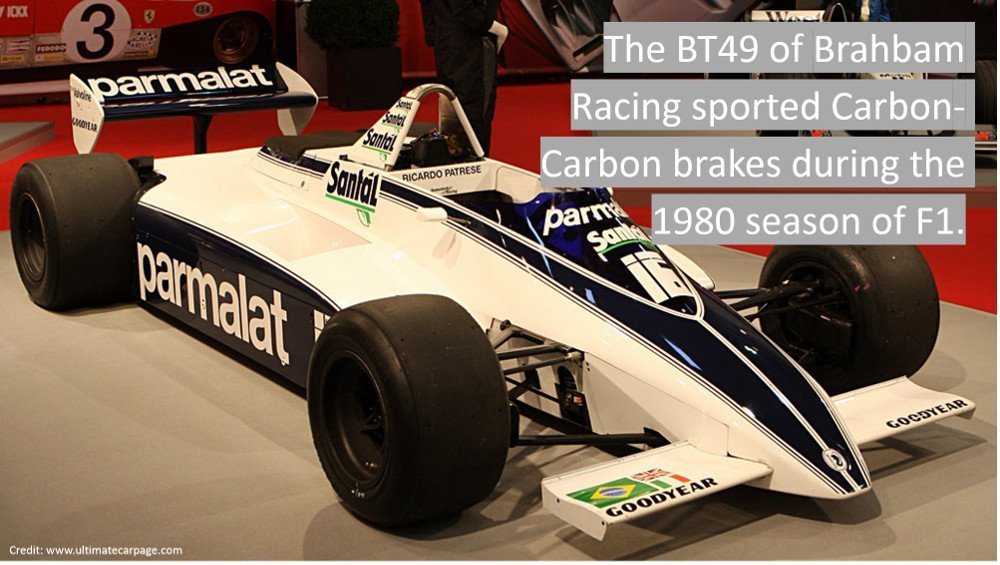 The solution was to replace the carbon-matrix with a non-oxidizing ceramic while using carbon fibre for structural integrity. This is where Silicon-Carbide (the ‘ceramic’) comes into play. Engineers were able to increase the oxidization resistance and the thermal shock resistance of the final product by using Silicon Carbide as the matrix material. The rotors now had a longer lifetime, withstood a larger temperature range, and handled more drastic temperature changes. This made carbon ceramic brake rotors useful, and economically feasible, for automotive and rail applications.

In 2001, the chopped fibre technology was used in the first commercialized Carbon Ceramic disc brake system made available to the public on the Porsche GT2. This system was a big leap in commercial braking technology for the automotive sector and ushered in a new era of the ‘super-brake’.

With the advances in vehicle power and chassis technology, even these brakes were being put to the test and consistently purchasing a new set of carbon-ceramic brake rotors (chopped fibre) made the rotors unreasonable for extended race usage. 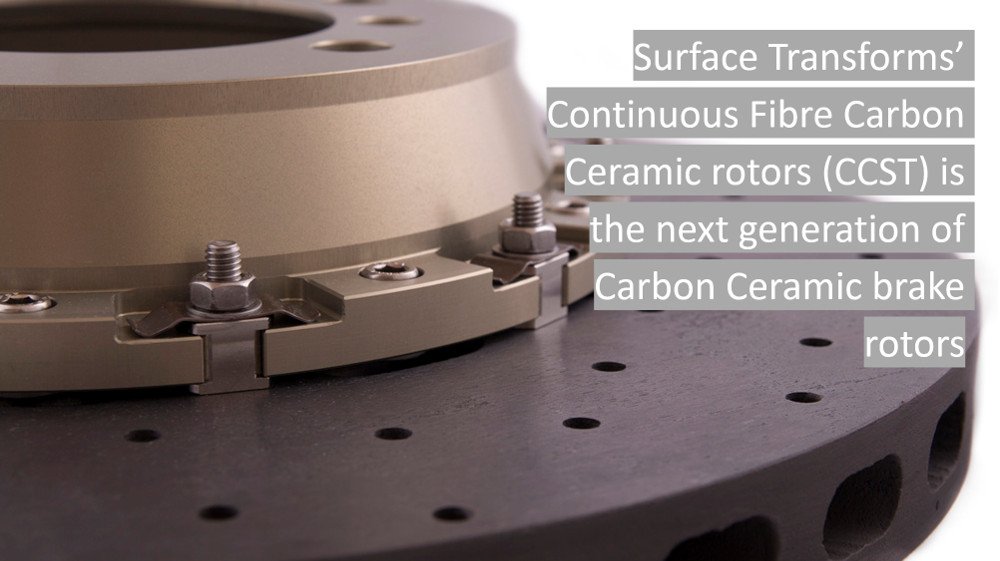 Continuous fibre carbon ceramic can easily be considered the future of advanced braking technology for the high-powered car and the technology of choice for the hyper-car. 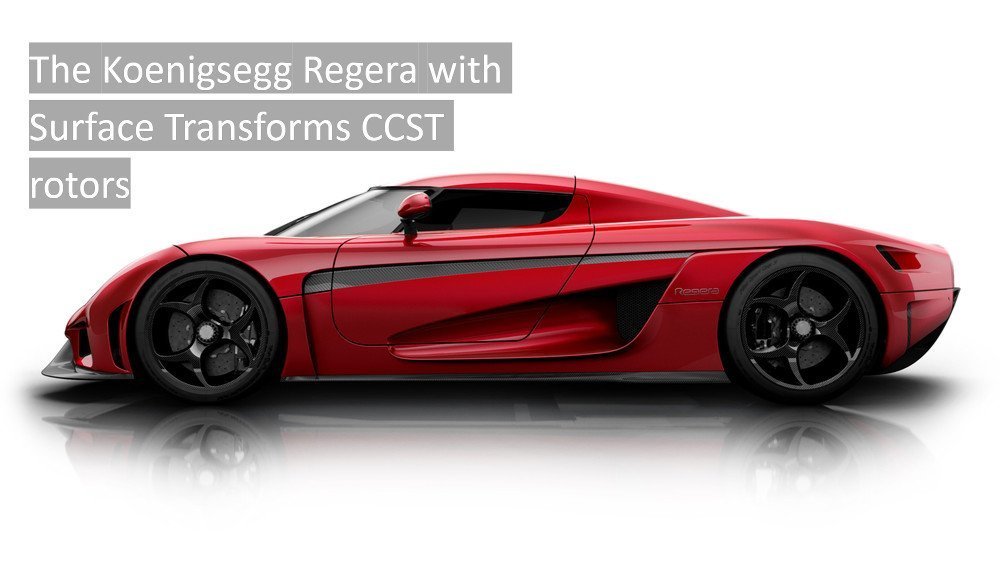 Got questions, comments, or feedback? Get in touch!

Focused on consistency, quality, and performance to enable you to live life, experience thrills, and go on adventures with your vehicle.

Understanding your needs is our priority. Creating quality, reliable products to serve you is our mandate.

Contact us for any questions or inquiries you may have.

Some pictures and media on this site are courtesy of Pfaff Auto Group.

Please note that we are experiencing shortages in inventoried products. Due to global supply chain challenges, we expect some products to be delayed by up to three months. Dismiss

Please note that due to the COVID-19 pandemic, we have taken precautionary measures to protect our staff, families, and customers.

While we are still open and accepting orders, there will be delays in shipping out those orders.

Please contact us for any concerns you may have.

Thank you and stay safe!