Remember the law of conservation of energy? High school physics at its best! The law basically states that energy can neither be created nor destroyed. Instead, it is transferred from one form to another.

Brake systems work by mainly converting kinetic energy into thermal energy (or heat). The friction provided by the pads interfacing with the rotor’s surface creates heat and that heat is then dissipated into the atmosphere through the brake rotors, the airflow over the brake system, the brake pads themselves, and the brake calipers.

It is possible to have too much energy converted by the brake system. When this happens, the system can’t transfer the built-up heat to the surrounding environment. This raises the temperature of the brake system to a point over what the system has been designed to handle. At that point, like most materials, the brake pads will start to break down (or melt). As that happens, the binding resins/components begin to give off gas in what’s called outgassing.

When outgassing occurs, a thin layer of gas forms between the pad surface area and the rotor surface area. This layer acts as a slippery barrier that prevents full contact of the two aforementioned surfaces. The hotter the system gets, the more gas is let out, and the less effective your brake system is. This is the mechanism behind brake fade.

When you’re most likely to experience Brake Fade

All brakes can be expected to fade at one point or another if you push your brakes hard enough. This most often happens during spirited driving or during towing applications where weight increases significantly.

For those preferring to get a little more theoretical, remember that the equation for kinetic energy is ½ x [mass] x [velocity]2. So, we can see that the two variables that effect energy are mass and velocity. As mass increases, energy will also increase linearly assuming velocity remains the same. However, when velocity (speed) increases then there is an exponential change in energy. This is the energy that will need to be transferred to thermal energy. The more kinetic energy built up, the more energy you’ll have to convert into thermal energy. 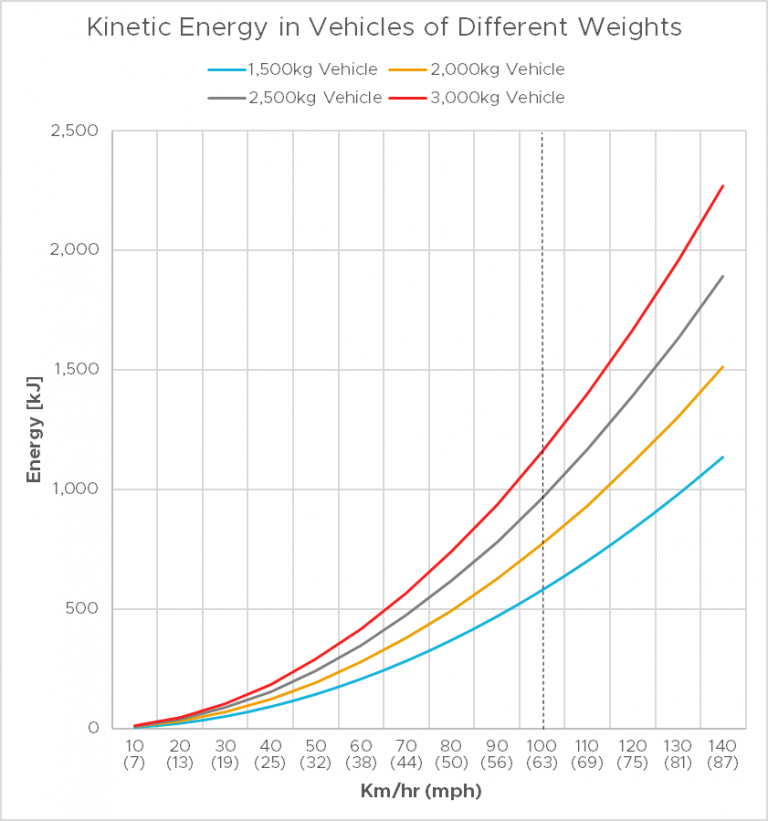 How to Mitigate Brake Fade?

Understand that brake fade basically happens when the rate of thermal energy build-up is greater than the rate of heat dissipation of the brake system. When this happens, the system will over-heat and the brake pad compound will break down resulting in outgassing which hinders performance levels of the brake pad.

So, what should you do if you are experiencing brake fade?

Should you ever find that the above solutions don’t work for you, then odds are you are in an area of extreme driving conditions and a complete upgrade of your brake system may be the best solution. In this case, we suggest you consult directly with your service shop or with a brake system manufacturer to get a better idea of what options are available to you.

PrevPreviousHow it’s made: Carbon Ceramic Brakes (The Next Generation) [INFOGRAPHIC]
Next6 Things Overlooked When Changing Your BrakesNext

Got questions, comments, or feedback? Get in touch!

Focused on consistency, quality, and performance to enable you to live life, experience thrills, and go on adventures with your vehicle.

Understanding your needs is our priority. Creating quality, reliable products to serve you is our mandate.

Contact us for any questions or inquiries you may have.

Some pictures and media on this site are courtesy of Pfaff Auto Group.

Please note that we are experiencing shortages in inventoried products. Due to global supply chain challenges, we expect some products to be delayed by up to three months. Dismiss

Please note that due to the COVID-19 pandemic, we have taken precautionary measures to protect our staff, families, and customers.

While we are still open and accepting orders, there will be delays in shipping out those orders.

Please contact us for any concerns you may have.

Thank you and stay safe!